In May we visited Lollipops Pottery on Gartree Road, Leicester, for a relaxing afternoon

painting a variety of vases, jugs, plates etc, and having tea/coffee and cakes.

We found quite a few budding artists amongst our group, and have already decided to

go back for another session just before Christmas, to make Christmas tree decorations.

Tuesday December 5th, 2017 marked the 100th birthday of Billesdon WI, and a commemorative Carol Service was held at St John the Baptist Church, Billesdon, led by the Reverend Alison Booker. The Chairman and some of the Trustees from Leicestershire and Rutland Federation were present along with many friends from local WI groups. A birthday cake, mince pies and mulled wine were enjoyed at the end of the service.

On the Wednesday of the previous week, a celebration party was held for 40 friends and guests at the Coplow Centre, Billesdon. After a delicious meal, two previous Members of the WI enacted some of the original poems inspired in the 1920’s and later. There was also an exhibition of photographs, programmes, and many other items from over the years. 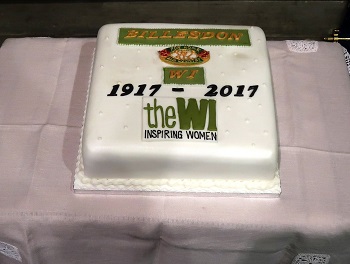 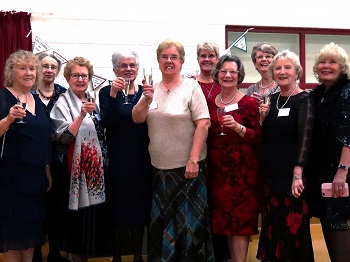 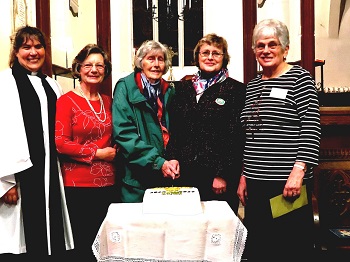 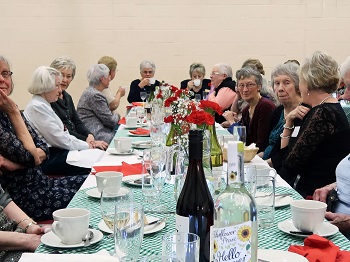 Billesdon WI had a new experience at the end of November! Vice-President Chris Jeffery and Secretary Lois Parker were invited along to Radio Leicester to meet Ben Jackson and go onto his radio programme.

This was because of Billesdon’s Centenary celebrations, coming up during the following week. Whilst on air the talk was about the differences and similarities between the WI in 1918 and now, and about how to encourage new Members. Ben was also very pleased to receive home-made biscuits and the recipe from Lois. 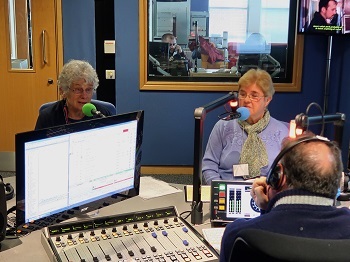 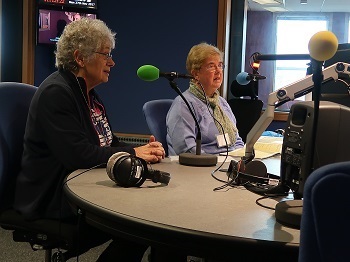 The village now has three new benches for people to sit on, and

Billesdon WI have donated money towards the one near to

The Old School. The Parish Council enabled us to do this so that

we can commemorate 100 years of the WI in the village.

at our small opening ceremony on September 23rd. 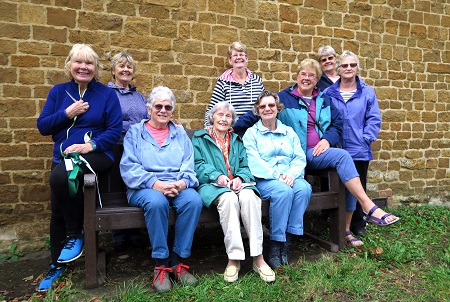 Members of Billesdon WI! We were alerted to the fact that the area

needed a clean by two of the parish Councillors, and so we made it one

of our community projects in our Centenary year. With buckets and

scrubbing brushes at the ready, the job was tackled on Sat September

23rd and looks so much better. We were a little disappointed that no

other parents or grandparents turned up to help, as we had advertised

it around the village, but as you can see from the smiles on the

photograph, we were pleased with our efforts.

The WI makes great cookies, but we also use them to give you the best experience on our site.

By continuing to use our website we will assume that you are happy with our use of cookies.